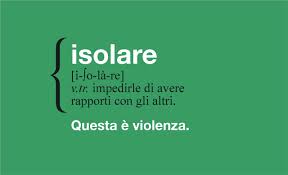 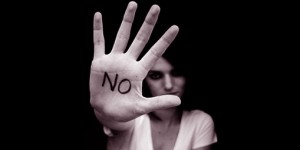 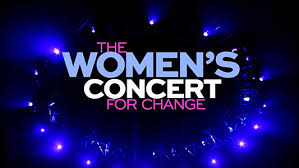 In this days thanks to “Sound of Change Live“, the concert presented by “Chime for Change” the 1st June in London, women’s rights are again in the spotlights.

A big show under the artistic direction of Beyoncé Knowles, co-founder of the charity project for Change Global Chime with Frida Giannini and Salma Hayek. Many artists of the international music scene for promoting the global campaign “Chime for Change” and to raise funds for many projects for empowerment of girls and women.

In my “Sound of Change live: women’s rights are a sound of change!” you find more details about this important event for a delicate and difficult cause. Despite all, women’s rights are often merely written. Discrimination and violence against women is a daily reality increasing around the world.

Many organizations are working since years for women’s rights, but the way is still long. Anyway, I think that global events like this, are a strong way to shake the awareness of people towards women’s issues.

Even in wealthier and western countries the situation isn’t better. I’m italian and in my country there is a real escalation to femicide.

Change is a word that I like, because it indicates a positive action toward an improving situation and I think that, “Chime for Change” is a fantastic way to give voice to women.

As Madonna said at the concert: let’s start a “revolution of love” focusing on education.

Find more insights about it here.

Sound of Change Live, is the mega-concert organized in support of Chime for Change. 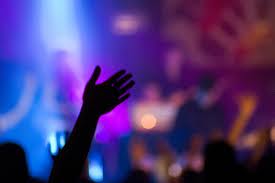 The great event sponsored by Gucci for the rights and independence of women around the world, took place the 1st June at Twickenham Stadium in London. A huge audience of about 50 thousand people, for a fantastic show that has become the vehicle for a strong message.

The concert has been an incredible show, under the artistic direction of Beyoncé Knowles, co-founder of the charity project for Change Global Chime with Frida Giannini and Salma Hayek. On the stage were many stars of the international music scene, by Laura Pausini, Jessie J, Florence + The Machine, Timbaland, Rita Ora, John Legend, Simon Le Bon, Mary J. Blige and two guest stars of exception: Jennifer Lopez and Madonna, along with the likes of Jessica Chastain, James Franco, Aishwarya Rai and many others.

The concert had the goal to spread “Chime for Change” the global funds-raising campaign for projects of empowerment of girls and women. Chime for change is powered by  Catapult a crowd-funding site where, nonprofit organizations post their projects and people can find and fund the issues they most prefer.

I think that events like “Sound of Change” are important to raise awareness of people towards this kind of issues. This event in particular, comes in a very particular moment where many organizations and street movements are calling strong actions for change for girls and women.

Lately we are witnessing an escalation all over the world, of the phenomenon of feminicide. An allarming problem that underlines how much women are not enough protected and defended.

“Sound of Change LIve” a way to say: No more violence against women!

“Chime for Change” projects are focused on health, education and justice. The same key goals that movements and organizations pursue to achieve women’s rights.

The Convention on the Elimination of All Forms of Discrimination against Women (CEDAW) has been adopted thirty years ago, but many girls and women still do not have equal opportunities to realize rights recognized by law.

Still now for women exists: social exclusion, “honor” killings, female genital mutilation, trafficking and early marriage, in addition to the denial of the right to health, that increases illness and death throughout the life-course.

Change this situation might be possible: would be enough to give to girls and women equal access to health information and services, education, employment and political positions. Unfortunately, trends are moving in the other direction.

Everywhere in the world women are in danger of being killed merely because they are women. As explained by Diana Russell in her book: women of all ages, educational levels, social-economic backgrounds, races/ethnicities and sexual orientations may be the victim of feminicide, this extreme form of gender-based violence.

A report presented to the Inter American Commission on Human Rights in Washington D.C in 2006, is explained that the common cause of feminicide are “the unequal power relations between women and men, which generate situations of greater vulnerability and place limitations on women’s ability to enjoy their human rights, especially the right to life, personal integrity, freedom and due process”.

Education is the basis for change and also campaigns like “Chime for Change” are helpful to make women aware of their power.

A “Sound of Change” against Femicide in Italy 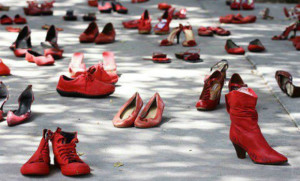 Italy is my country and the situation is concerning: every two days a woman is killed. The attitude of italians, to think that everything is a private matter that should be dealt with at home, has contributed to what is fast becoming a veritable epidemic of femicide. We are facing a daily tragedy that is the result of a cultural problem. It’s necessary to do more in terms of gender education. We need to teach men not to treat women as objects of possession or their personal subjects.

That is what also emerges from the report of Rashida Manjoo, UN Special Rapporteur on violence against women. The report presented to Human Right Council of UN, in June 2012 is an analysis of the causes and consequences of a policy that is still doing too little to eliminate gender disparities. The condition of women in Italy is a cultural and political problem.

In Ginevra, Rashida Manjoo said “Femicide are state crimes tolerated by public institutions for failure to prevent, protect and preserve the lives of women who experience various forms of discrimination and violence during their lifetime”.

The UN’s call to the government is to solve the problem that “In Italy remains  serious and solve it, is an international obligation”.

Ratify the Istanbul Convention for the prevention of violence, protection of victims and punishment of the culprits, is the first step that Italy has finally done few days ago.

Sound of Change, Chime for Change can be magical words and fantastic vehicles for amplify women voices and start doing something real for them. 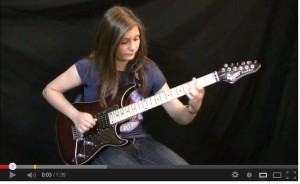 Everyday we are overwhelmed by any kind of new videos and sometimes we risk to lose something fantastic like this.

I usually don’t pay much attention to the many covers of classic rock artists that populate Facebook. But when this one was “shared” with me, I paid so much attention I’ve watched it three times.

Her name is Tina. She is 14 years old. You have to see it to believe it.
The first thing I’ve said, watching Tina’s video, has been: WOW!!!
The second: “Talents like this have to be known!

Okay, back story time.
“Eruption” was an accident (much like the accident Joe Walsh had when “Life in the Fast Lane” came into being and the one Ritchie Blackmore had with what became “Smoke on the Water.”) EVH was in the studio rehearsing, just doing exercises of no song in particular. As he fooled around limbering up his fingers, the producer strolled in, heard it, recorded it, and the rest became history after “Eruption” appeared on Van Halen’s debut album (cut #2, right after “Runnin’ With the Devil”) and became Eddie’s signature solo.

For Van Halen “Eruption” was a lucky accident, for Tina it might become an opportunity. How?
Share this video!

We are not all producers, but people that love this music, with a big power: we are the Audience.
Tina “Eruption” guitar solo is overwhelming!  Share this treasure, in the hope someone, among us, may start up a fantastic launch of a real talent.

Let’s go to share, while I go watch this prodigy again.

Go to the original post written by Dave White